As we move through this journey of life we encounter many different people and in so doing recognize that each and every life is unique. The time that the living essence of a being graces this world, and often for those of us who are fortunate to have had contact with the living essence of the person we are often forever changed and our lives thereby enriched by this experience.

Art Education has lost a beloved colleague and longtime teacher, scholar, and artist and we are profoundly saddened at the death of Dr. Ruth Starratt, who passed away suddenly on March 12, 2021.

Prior to her retirement Dr. Ruth, as those of us who knew her often called her, taught at Boston University, and was especially influential in the lives of her students. While many will remember Dr. Ruth for her artistic spirit and talent and for how she enriched the lives of all she touched with not only her artistic flare but also her intellectual curiosity, she, undoubtedly, will be best remembered as the engaging and wonderfully supportive art educator that she was. Dr. Ruth has without question left an indelible mark on the students that she taught and supervised as well as all of those who had the great, good fortune to have known her.

Dr. Ruth was a self-starter and had an infectious passion for learning, which she in turn imparted to her students. Learning was for her an essential part of life, and she encouraged her students, friends, and family members to pursue advanced degrees. Her characteristic drive is apparent in the fact that she received her Ed.M in Art and Education in 1981 from Columbia University, and one year later in 1982 had attained her Ed.D in Art and Education from the same institution with concentrations in the Art of Oceania and Art Education. Additionally, she held an MFA from Southern Connecticut State College with a concentration in painting, drawing, and printmaking, and her undergraduate degree was from the University of Bridgeport in Art and English Literature.

Dr. Ruth worked as an art teacher for nearly thirty years before becoming a full-time Lecturer at Boston University in 1998 until her retirement in 2017. Her professional affiliations were many including a membership in the Massachusetts Art Education Association for many years as well as memberships in the American Educational Research Association, Delta Kappa Gamma (Honorary Society for Women Educators), and a lifetime membership in the American Society of Botanical Artists. However, her longest professional affiliation, one of over fifty years, was with the National Art Education Association, in which she was extremely active, especially in the Women’s Caucus and held a lifetime membership in it. She served as an NAEA Elected National Assembly Delegate from 2000 to the present. She and her husband Jerry (Dr. J. Starratt, who previously served as a professor of Educational Administration at Boston College, and whose death sadly followed hers by a month) were permanent fixtures at the annual NAEA Conventions for years, and for those of us who had the good fortune to socialize and meet with them over food or a beverage were always in for stimulating, informative, and enlightening conversation that might go on for hours on end. Sharing the rarified air with these two incredible human beings was not only an uplifting experience but also a transformative one.

Dr. Ruth’s artistic and academic undertakings were manifold such as the research monograph on the papier-mache teaching models of Louis Auzoux that she was commissioned to write by Wellesley College a number of years ago.  Her trip to Zambia and Botswana to continue her research in pre-history art and the petroglyphs produced by the early peoples of these countries. This work was part of ongoing research that she had begun many years ago at Columbia University. She delivered papers and seminars in Europe in numerous countries by invitation as part of her on-going work with national and international educators over the past thirty-five years. Her exquisite and delicate botanical paintings have graced many botanical exhibitions over the years, and are in the collections of close friends and family as well.

The sorrow that many of us feel for the loss of this dynamic force of nature is lessened only slightly with the comforting thought that we had the privilege to have known her, and experience her vitality and “joie de vivre”, which will live on in the many lives that she touched.

If you would like to create a paper crane in Ruth’s honor you can send one to Stacey Piwinski is collecting them. Please fold a paper crane and attach a fond memory or story. Mail them to Cranes for Ruth, P.O. Box # 560036, Medford, MA 02165.

If you have additional images you would like to share of Dr. Ruth Starratt, please send them to webmaster@massarted.com. 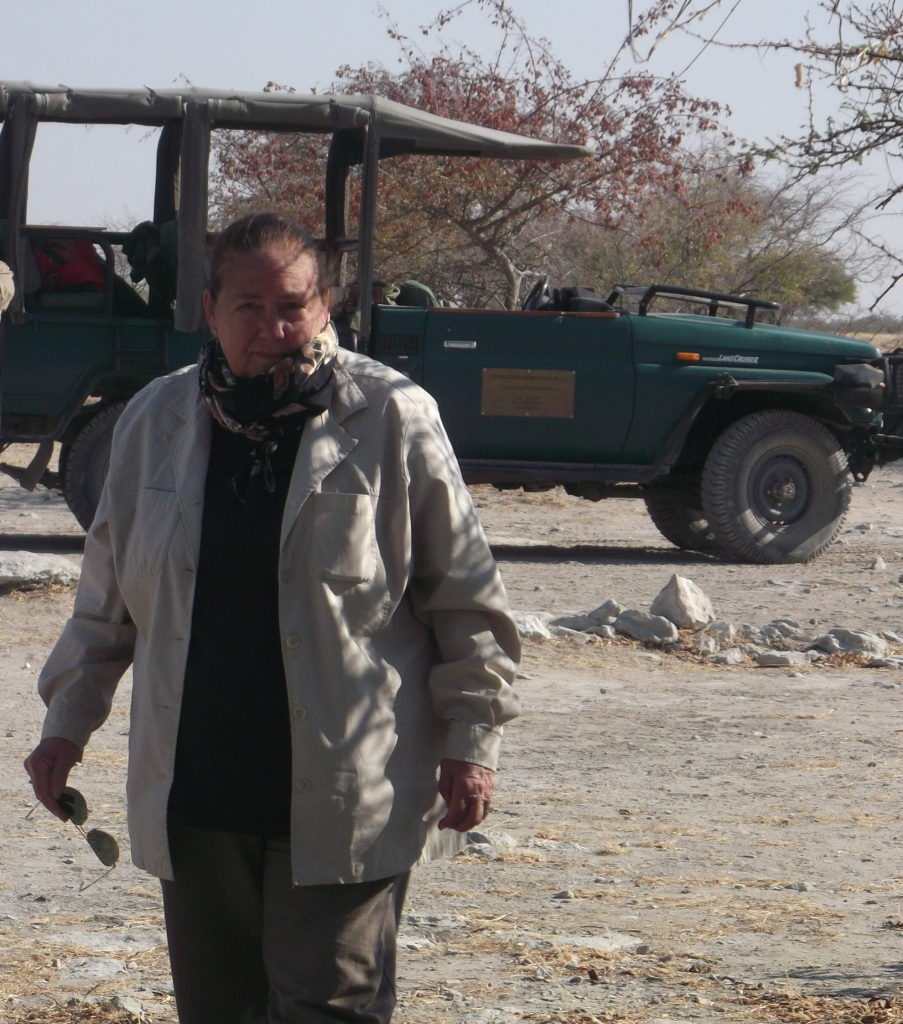 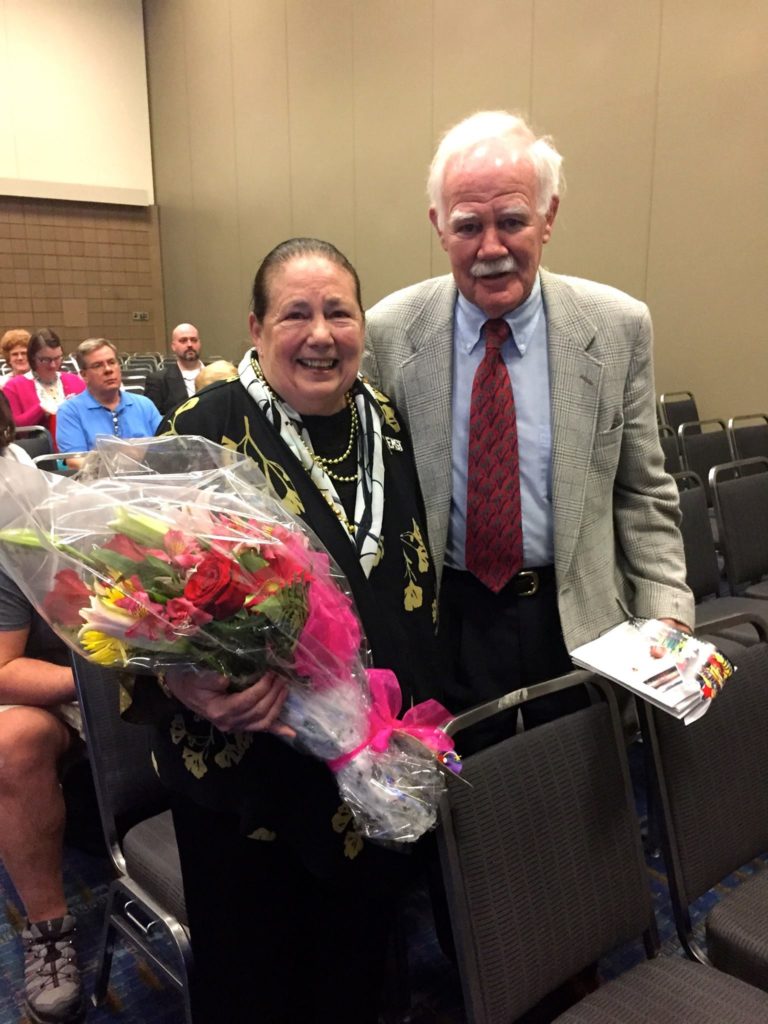 Ruth and Jerry Starratt at the 2015 NAEA Awards 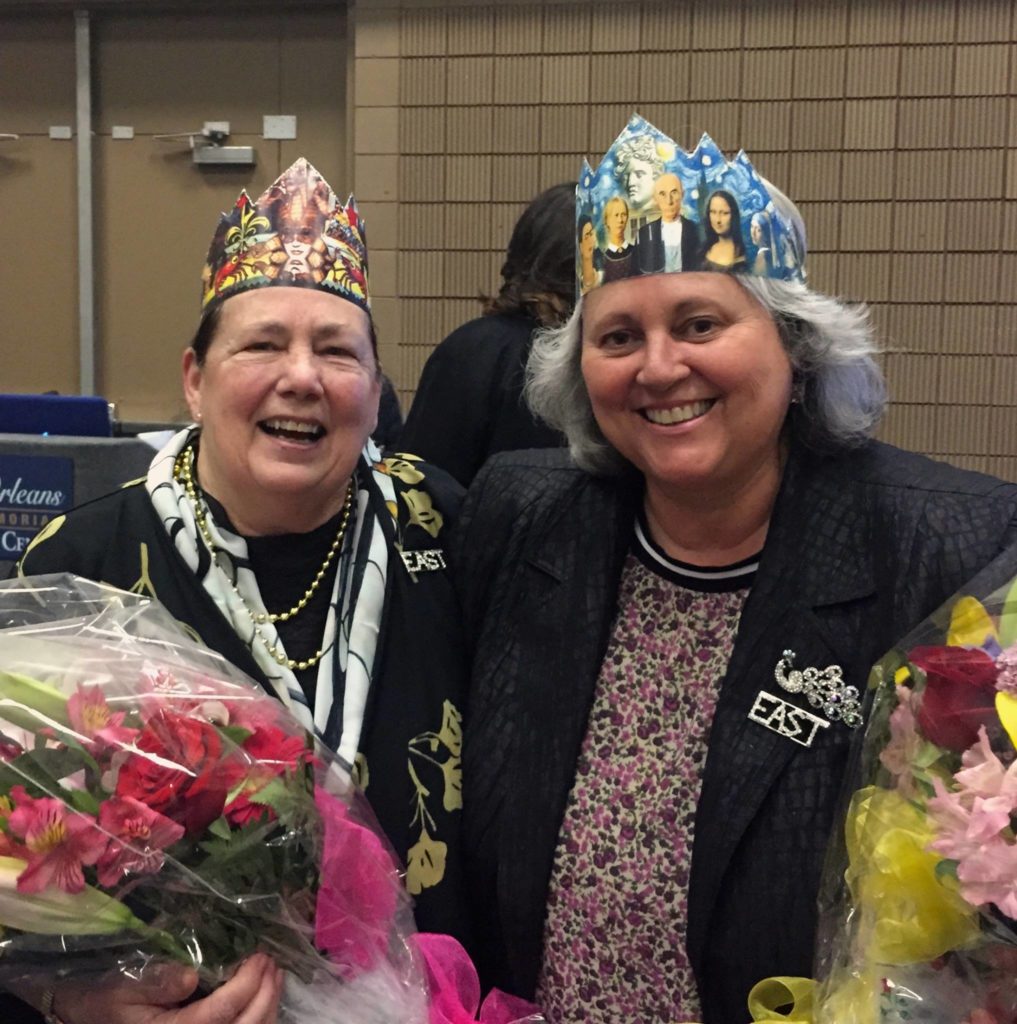 Ruth Starratt and Alice Gentili at the 2015 NAEA Awards 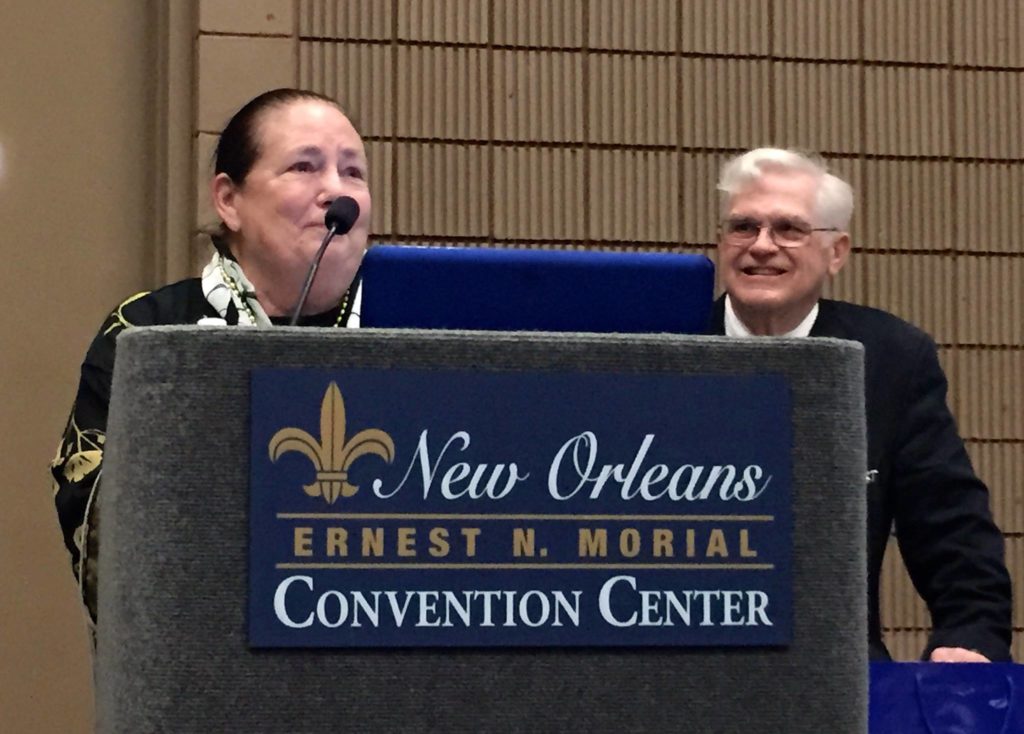 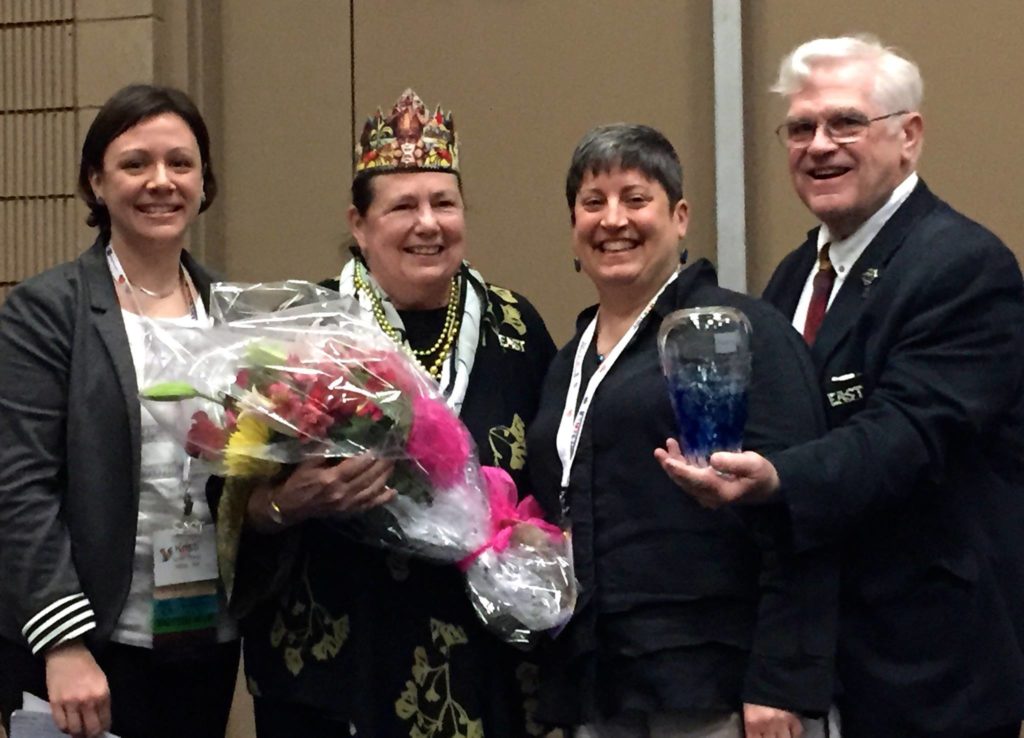 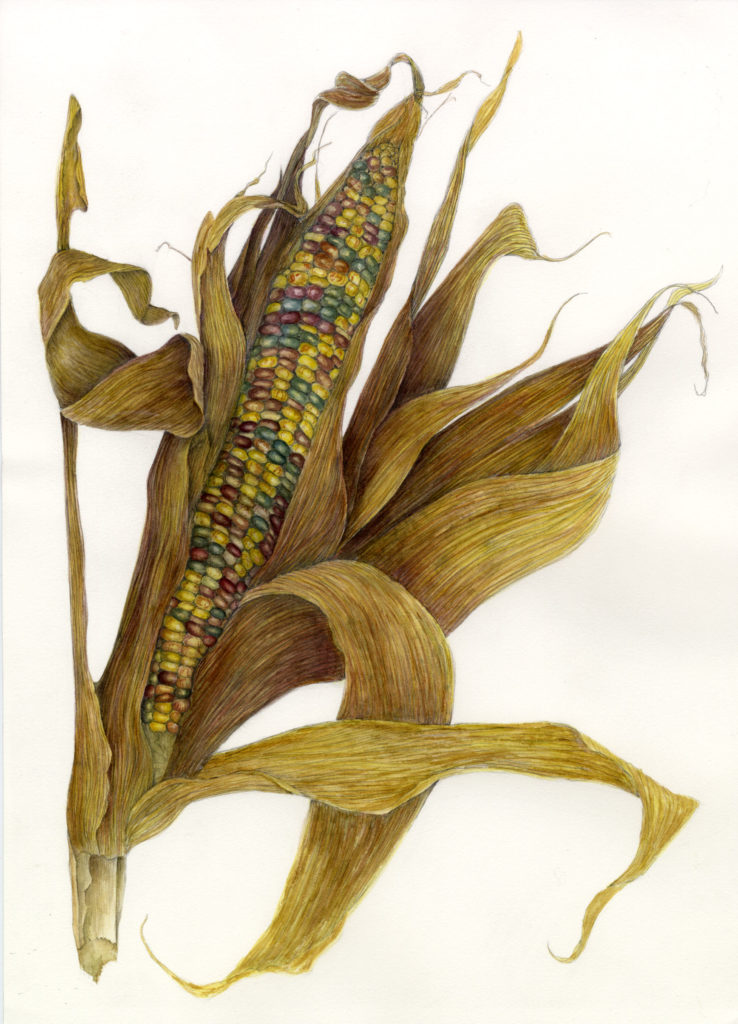 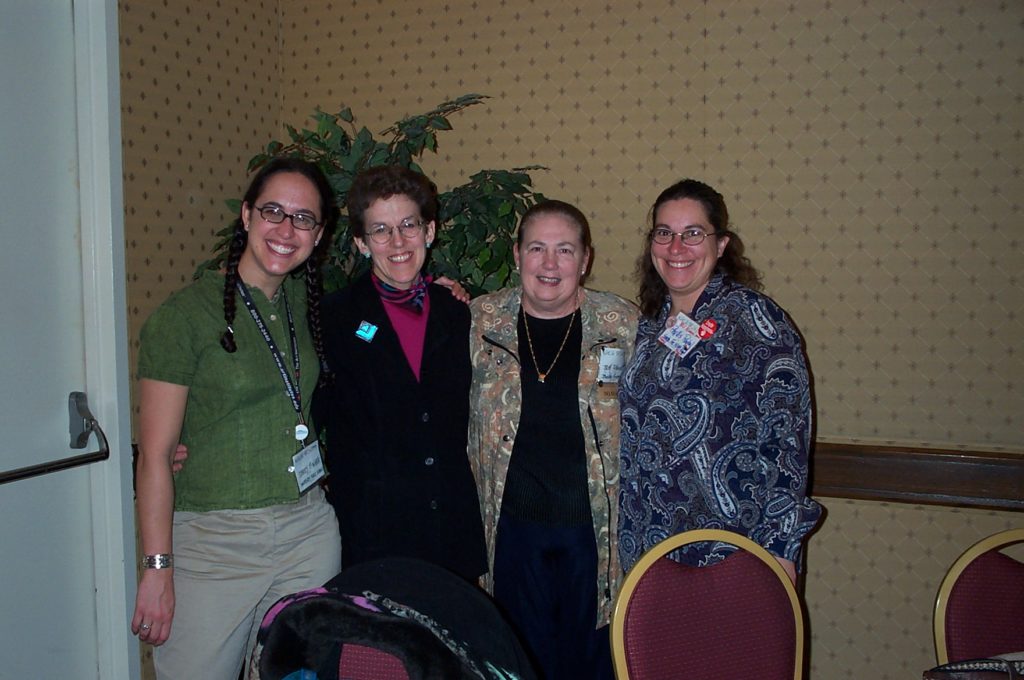 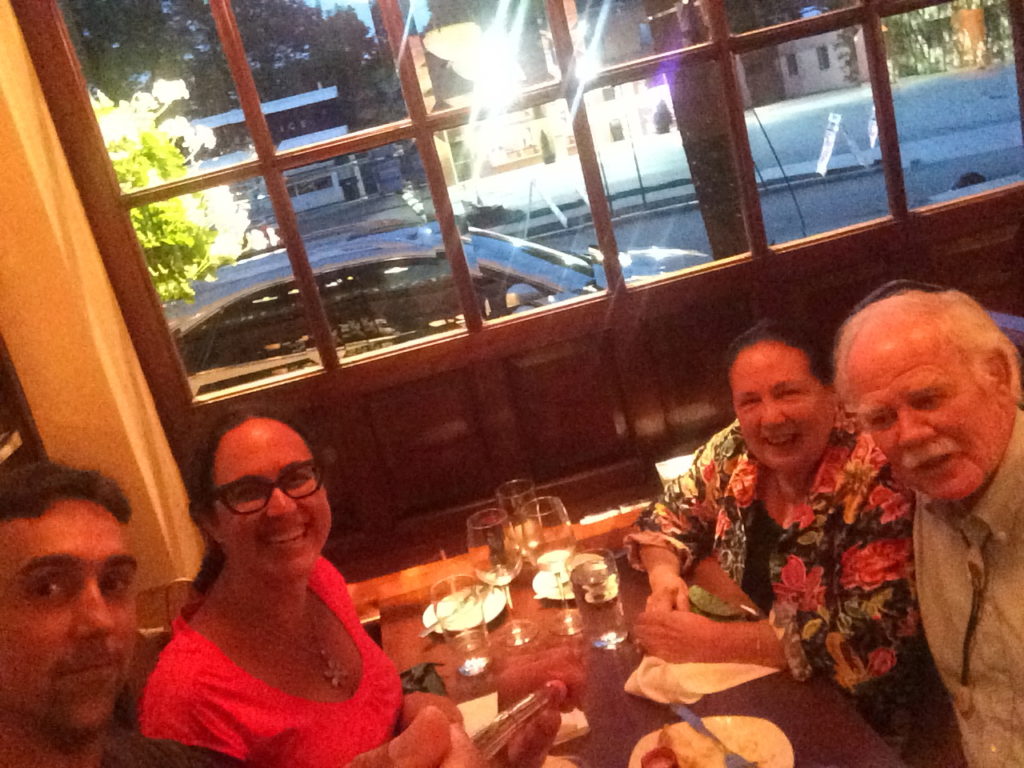 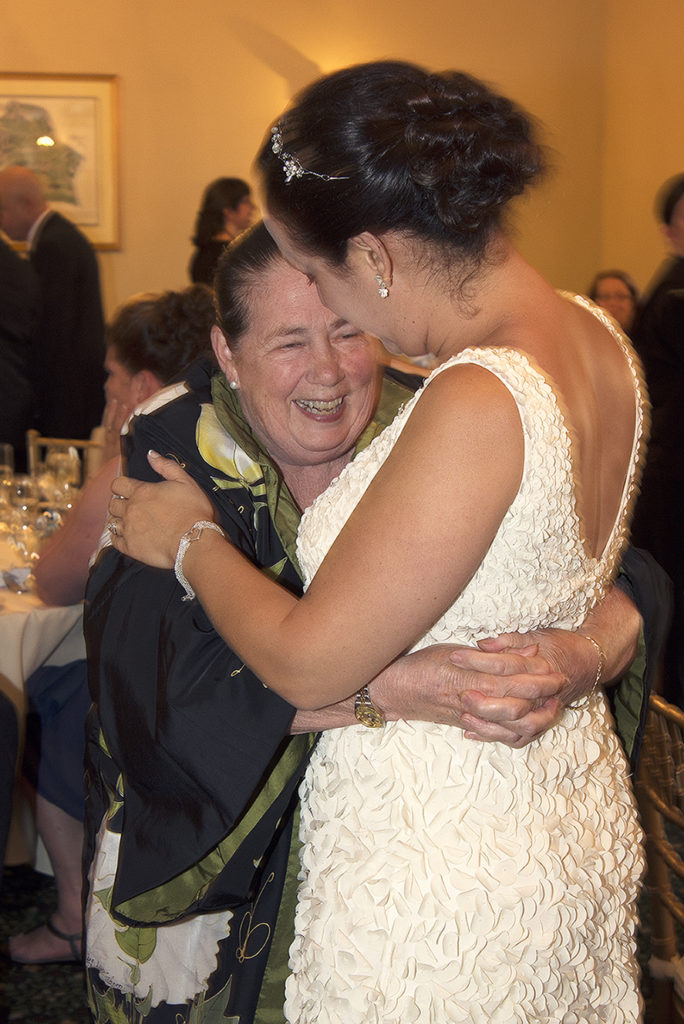 View more posts from this author